Wine Reviews
by Nicusor Cazan
This post is in English because in my target audience I will be happy to have a good friend of mine who now lives in Prague. He is the person who recommended one of the best restaurant in the Czech capital I told you couple of month ago here. And he is also the one who offer me this wine, as an exchange with some bottles from Romania I offered him.
I’m talking about a Tuscany wine called Le Buche, produced by Le Buche – Giuseppe OliviCantine somewhere near Siena, offered in return to Dragaica Rosie from Crama Oprisor produced in Mehedinti, in the South of Romania. I would say it was a fair exchange in the end 🙂.
Le Buche is a very new winery in the heart of Tuscany, a modern one with a green energy system able to sustain the entire facility. They planted a new vineyard in 2002 and in 2005 they produced and sold their first vintage. But, despite the very short history behind, my 2007 Le Buche bottle was a very nice experience. 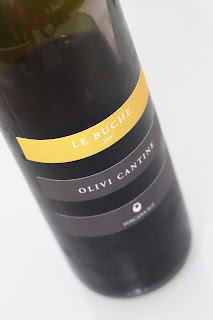 In the begging, some of the most interesting “technical” information: it’s made from Sangiovese, one of the most popular Italian variety, and, I like this one, “some other international species”. Some says is Shiraz. It has 14% alcohol, very well hidden by its good acidity. For 25-30 days after the harvest the wine was in contact with the grape skin, followed by 10-12 month in wood barrels.
In the glass, it shows a very nice dark ruby color and a nice movement during and after swirling. The nose is full of ripe berry, minty with some mineral flavors, lots of condiments and a chocolate sweetness in the end.
And then the good stuff: the taste. You can feel the same red wild ripe fruits from the nose with the same chocolate finish, full bodied, some spices and aggressive tannins, but in the good way. Everything is backed up by a good and strong acidity. 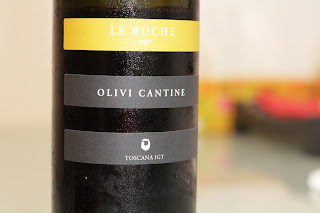 As a personal conclusion I must say I enjoyed more this Tuscan rather than Dragaica Rosie (I know they are different wine, but still). What do you think, Frank? 🙂.
Previous Story

Pink is everybody new obsession

This site uses Akismet to reduce spam. Learn how your comment data is processed.